When Nothing You Do Is Working

I  am in a deep, dark valley. I know that sounds really dramatic, but that is my reality. The current season of my life has been marked by incredible futility. Pretty much everything I am trying to do right now is met with failure.

As an example, I’ve been wanting to find a mentor – praying about it, reaching out to people, seeking out connections, making sure it’s not contrived or forced – and nothing is working out. I have been trying to do the things I love – reading, fitness, guitar – but I’m so uninspired and when I try to do those things it feels empty, useless, and pointless. I’ve been tackling some home improvement projects and there always seems to be some problem I can’t sort out. And when I reach out for help, help doesn’t come. Even the date nights and sweet things I attempt for Rachel are falling way short (for example, the food was not good at all, or the gift I got didn’t really work out)). Plus, I can’t seem to get physically well from sinus infections no matter what I try, I can’t seem to protect my extended family from preventable hardships, and I can’t seem to get traction on any attempts to make new friends.  I’m so tired of constantly striking out.

The current season of my life has been marked by incredible futility. Pretty much everything I am trying to do right now is met with failure.

I’ve been here before. Multiple times. If I look back on the trajectory of my life, there are regular cycles of a couple good years followed by a couple of bad years. And I also remember that my past has been marked by intense periods of failure and futility.

One embarrassing example comes to mind: between my first love and my last love, I remember trying so much to connect with a girl (seriously, any girl that I thought had potential), and every effort was a flop. A complete fail. I even wrote out of a list of all of the girls, and all of my attempts (I’m going to be incredibly vulnerable here and tell you that it was over 20 girls – hey, at least I was doing my part!). It was just comical – not because of the way I approached them (I was cool and normal and not creepy about it at all, I promise) – but because it was so very clear that God was thwarting me. I knew He was behind this. Because logically and statistically – one of those attempts should have worked out. For at least a little. For at least a minute, or an hour. For at least one quick coffee date, or even an extended conversation.

But they didn’t. Not a single one. Not even a little bit, not even an iota of possible interest. Why? Because I am absolutely repulsive to the opposite sex, and have zero redeeming qualities? Nope, that is not it.

Because God is on the throne, and He loves me, and He had a different plan. A perfect plan, where He wanted to take care of things and where it wasn’t all up to me.

In retrospect, I am super thankful not one of those attempts or advances worked out because it protected my heart, mind, and emotions before Rachel came around. However, it was absolutely brutal to live in such a state of perpetual disappointment while trying to make something happen with the best and purest of intentions.

During that time, I just shook my head, shrugged my shoulders, and resigned myself to the fact that nothing I could do would bring about any change unless He was behind it. And only after He decided to move, and after His plan came to fruition, was I able to see why I was mired in futility for so long. SO LONG.

It was absolutely brutal to live in such a state of perpetual disappointment while trying to make something happen with the best and purest of intentions.

And now, it’s happening again. I’m attempting anything and everything with the best and purest of intentions, inevitably failing, and returning with a sigh to that familiar place of painful resignation because nothing makes sense right now. Logically and statistically, something I attempt should work out. At least one thing!

As you might imagine, I’m trying to reconcile all of this just so I can figure out what to do (or not to do). In my devotional this morning I read over Ephesians 4, where it talks about futility.

To paraphrase, it basically says that I can’t live life as many others do – in the futility of their minds, who are darkened in their understanding and alienated from God’s way of doing things simply because of ignorance and also due to hardness in their heart.

That feels pretty spot on. One of my favorite pastors and speakers (Tony Evans) once said that if we are living life to the fullest, we should regularly experience spiritual realities (His power, presence, peace, guidance, wisdom, and joy) in our life. Even though I have in the past, I am not right now. In fact, He feels very far from me, even though He doesn’t move away (ever) – I do.

I do feel caught up in the futility of my mind. As I am not single anymore, building and taking care of a family has become my priority, and everything about that takes up a lot of space in my brain. I guess it’s a good thing because I do want to feel the weight of such a noble responsibility, but it is also a bad thing because I constantly catch myself leaning on my own smarts and wit and ambitions and ideas and abilities and efforts. Not His. And I don’t want that. 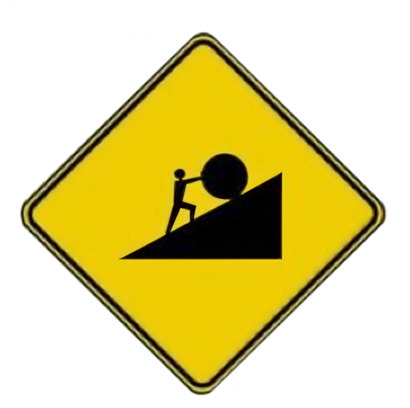 Everything in this world tells you to lean on yourself to make things happen. But I know me. I’m not God – not even close. I can’t and don’t want to live under the pressure that everything is up to me. That’s why I’m so thankful God is God, and He is in charge – not me.

There’s this great verse in 1 Corinthians 3 which says “for the wisdom of this world is foolishness to God.” And that “He traps the wise in the snare of their own cleverness.”  Most days, if I were to be totally objective, I really do think I am wise and clever in what I tackle and try to knock out for the good of my life. But I recognize that it’s not totally guided by Him, but instead by what the world is telling me I should do. Honestly, I do feel trapped in the snare of my own cleverness. But it’s my own fault, not His.

The very next verse says “The Lord knows the thoughts of the wise; he knows they are worthless.”  It’s like He’s just waiting for me to STOP. “Just STOP already!” I hear Him say to my heart. But I can’t stop, it seems. I am a hot mess right now.

Everything in this world tells you to lean on yourself to make things happen. But I know me. I’m not God – not even close. I can’t and don’t want to live under the pressure that everything is up to me.

As I keep trying, and failing, I can sense that my heart is getting hardened. I can really feel it. I’m starting to think things, and say things under my breath and out loud that betray this sad reality. And it’s awful. I don’t want to be like this, I don’t want to move in this direction even slightly. It’s just like the verse from Ephesians 4 says:  the futility of my mind’s thoughts is increasingly darkening my understanding (about Him and the way life works when led by Him). And it’s causing me to be alienated from God, my one and only true source. This is the worst possible thing that could ever happen to me.

I need a way out. Badly. Nothing I am doing is working, and I am convinced He is thwarting me for my own good. I hate how I currently feel, but I’m glad He doesn’t want me drifting away, and clearly is fighting for my heart. Because He loves me.

I’m fighting for my heart too.