Humble Yourself or Life Will Do It For You

A while back, I was in Manchester, New Hampshire to give a talk. Everything was going really well – I was connecting with my audience, making them laugh, and basically feeling like a rock star in front of them on stage. I was just flowing and riffing and bantering like a pro – it was completely exhilarating and incredibly fun. It was like, Yes! I belong up here! This is what I was meant to do! I seriously felt on top of the world.

And then it was time to take a break, and just in time for me, because I had drunk a lot of water that morning. So, while all of the audience members were chatting and snacking and stretching in the auditorium, I hurried out of the back, went around a corner, down a long hallway, and finally found a bathroom. And then I remembered that I was wearing a wireless lapel microphone, and that it was still switched on, but I figured that the range couldn’t possibly be very long…and that there was no way my mic could still be close enough to the receiver to transmit sound considering how far away the bathroom was from the auditorium.

When I got back to the auditorium, everyone was looking at me as if they were all in on a secret, and one of my hosts rushed up to me and let me know that my mic wasn’t turned off and the soundboard wasn’t muted when I went to the bathroom.

In that moment, I am sure I looked like: 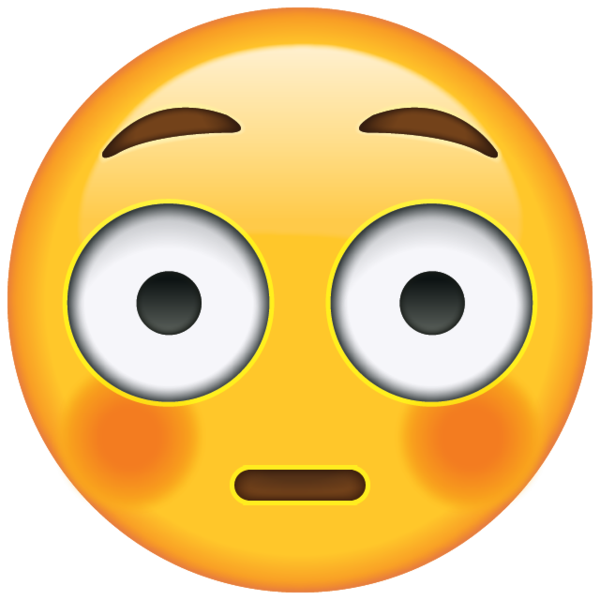 Because that’s how I felt.  It was absolutely humiliating, and I should have just taken off the lapel mic, or at the very least switched it off right when I stepped off stage in the auditorium. And it was absolutely humbling as well.

I’ve been thinking about a phrase in the Bible recently which reminded me of this embarrassing story. That phrase is “Don’t be deceived.” It appears in only three verses, and the one that is stuck in my brain precedes the reminder that every good thing in our life comes from God:

Don’t be deceived, my dear brothers and sisters. Every good and perfect gift is from above, coming down from the Father of the heavenly lights, who does not change like shifting shadows.

“Don’t be deceived” is such a forceful and dogmatic command, but maybe that’s because it’s so easy to be fooled, to lose perspective, and to get a bit confused on where the good things in our life come from. Sure, we definitely point to Him when He heals us from a disease, or answers a miraculous prayer for our child, or gives us the romantic relationship we’ve been waiting our whole lives for. But what about the other things? The ability to speak, write, walk, run, remember, lift, and drive? The ability to make the bed, make dinner, make a living, make music, make love? The verse doesn’t say that some, or most, or many gifts are from above and the rest are from us. It says that “Every” good thing is because of Him.

I think the bluntness of “Don’t Be Deceived” is to make sure we know deep down that if it weren’t for Him, we wouldn’t be able to do anything. Seriously, anything. Sometimes, we get lazy and complacent and entitled and fail to remember that God is our source and must be honored as such. We sometimes think that our successes or accomplishments or abilities or knowledge would still be in our life because we’ve put in the time and the effort to arrive at them, or because they seem to come naturally.

Sometimes, we get lazy and complacent and entitled and fail to remember that God is our source and must be honored as such.

For example, even though I would love to tell you that before I’ve given any talk – whether to my Sunday School kiddos, to my university students, to any audience that shows up to hear me speak – I’ve prayed every single time for wisdom and success and for His words to flow and not mine. I wish I could tell you that, but I can’t.

But I should. Because I need Him to show up every single time. Without Him, things don’t work out, or at least don’t work out as well as they could have. That is a constant theme in my life, and in the lives of every other person I know. And even though we know this experiential truth, we still sometimes fail to honor Him as the source.

Pride brings a person low, but the lowly in spirit gain honor.

God opposes the proud but shows favor to the humble.

I’ve read all of these verses before, and I know they are rock solid. But sometimes I still forget. In that moment on stage, I forgot and was deceived. I thought more highly of myself than of God at work in me. And I just don’t ever want to do that, because it leads to nowhere good. Fast.

However, when I honor Him as the source of all I’m able to do and all I’m able to be, He has shown me honor and favor. He has protected me from falling or being brought low because my heart was in the right place, instead of a prideful place. He has supported me, and not opposed me.